Gardens of Gethsemani is today’s Archdiocesan Cemetery. As an extension of your church community, Catholic Cemeteries is here to serve you.

Our diocesan cemetery, derives its name from Gethsemani, the Garden of Olive trees and cypresses on the slopes of the Mount of Olives, across the Valley of the Cedron, to the east of Jerusalem. Gethsemani from the Hebrew Geth-Shemen signifies an “olive press”. Here the olives were brought to be crushed so that the oil ran in to a stone trough.

Christ frequently gathered with His apostles in this garden for prayer and meditation. Here, too, he suffered his agony the night preceding his death. Crushed like olives in the press, Our Lord said: “Father, if it is possible, let this cup pass me by. Nevertheless, let it be as you, not I, would have it.” While his human nature shrank from the awful suffering, his love for mankind prevailed.

The association of the name “Gethsemani”, with the sufferings of Christ preceding his glorious resurrection, has long been the obvious choice of name for some Catholic cemeteries, for ruins of ancient cemeteries are also to be found today in that area of Palestine.

This establishment of the Gardens of Gethsemani as the diocese’s first regional cemetery was one of the last major endeavours of Archbishop Duke prior to his retirement in 1964. Though financial plans for a diocesan cemetery had been made by Archbishop Duke in the late 1940’s, zoning and other regulations forced the sale of the property originally purchased, and necessitated a long laborious search for a new site. The present site was purchased in 1962.

Development plans were begun immediately, first under the supervision of Rev. Hugh J. MacIssac, and later in 1965 by the Director, Rev. Nunzio J. Defoe. First burial in the new cemetery took place in 1966. The Gardens of Gethsemani was officially dedicated in September of 1968 by Archbishop Duke’s successor, Archbishop of Vancouver, Most Reverend Martin M. Johnson.

At the dedication, Archbishop Duke, a “Man of Faith” recognized the significance and appreciated the atmosphere of deep Christian faith and profound reverence with which the church had surrounded the burial places of those who hope to rise in Christ. Catholic Cemeteries, established and cared for by the church through out the centuries, often at considerable sacrifice, are not primarily a matter of economics, or even of public service, but the fulfillment of a religious act. The bodies of the faithful, once temples of the Holy Spirit, washed, anointed and nourished by the Saving Actions of Christ, remain sacred to be treated even in death with reverence and religious care. 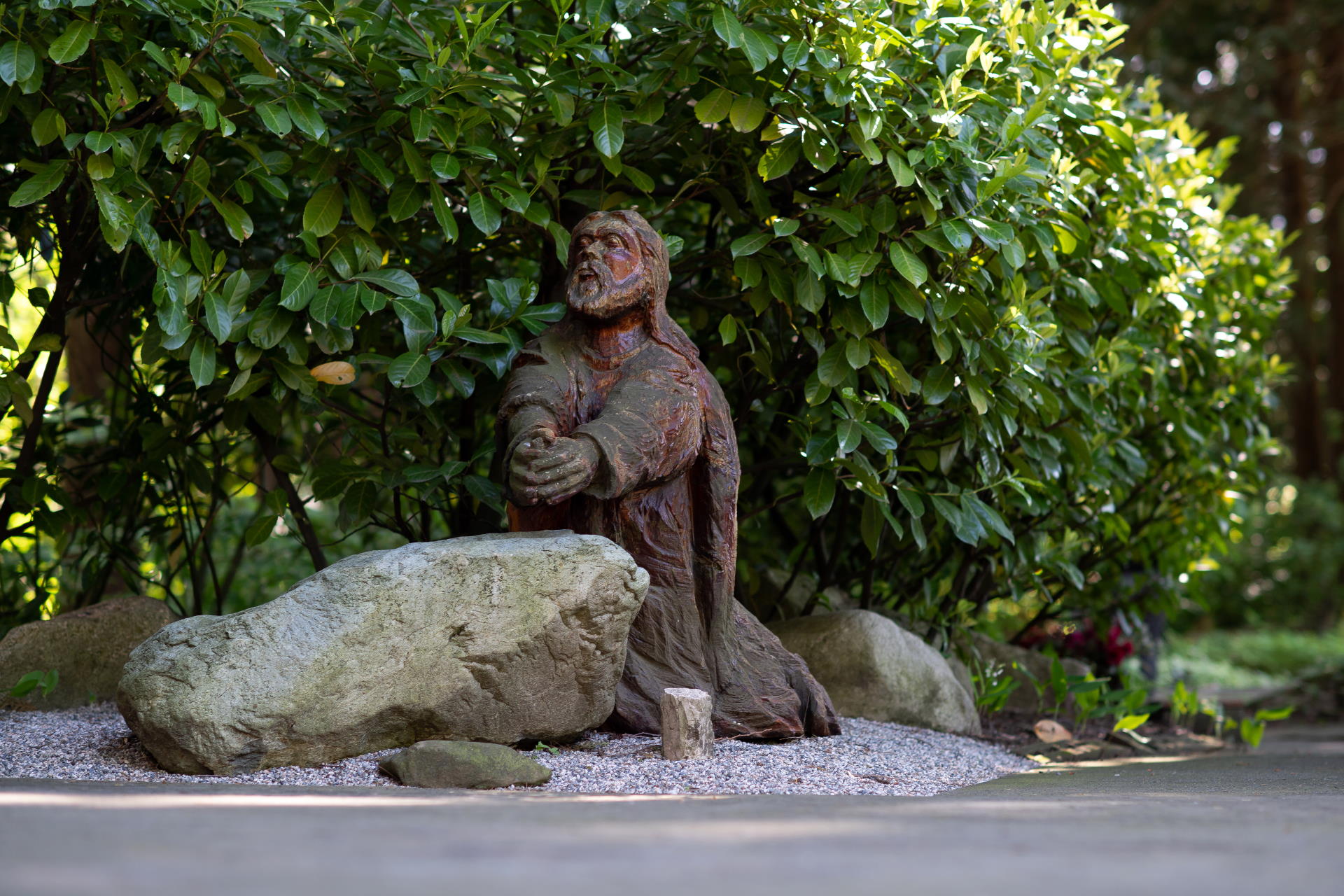 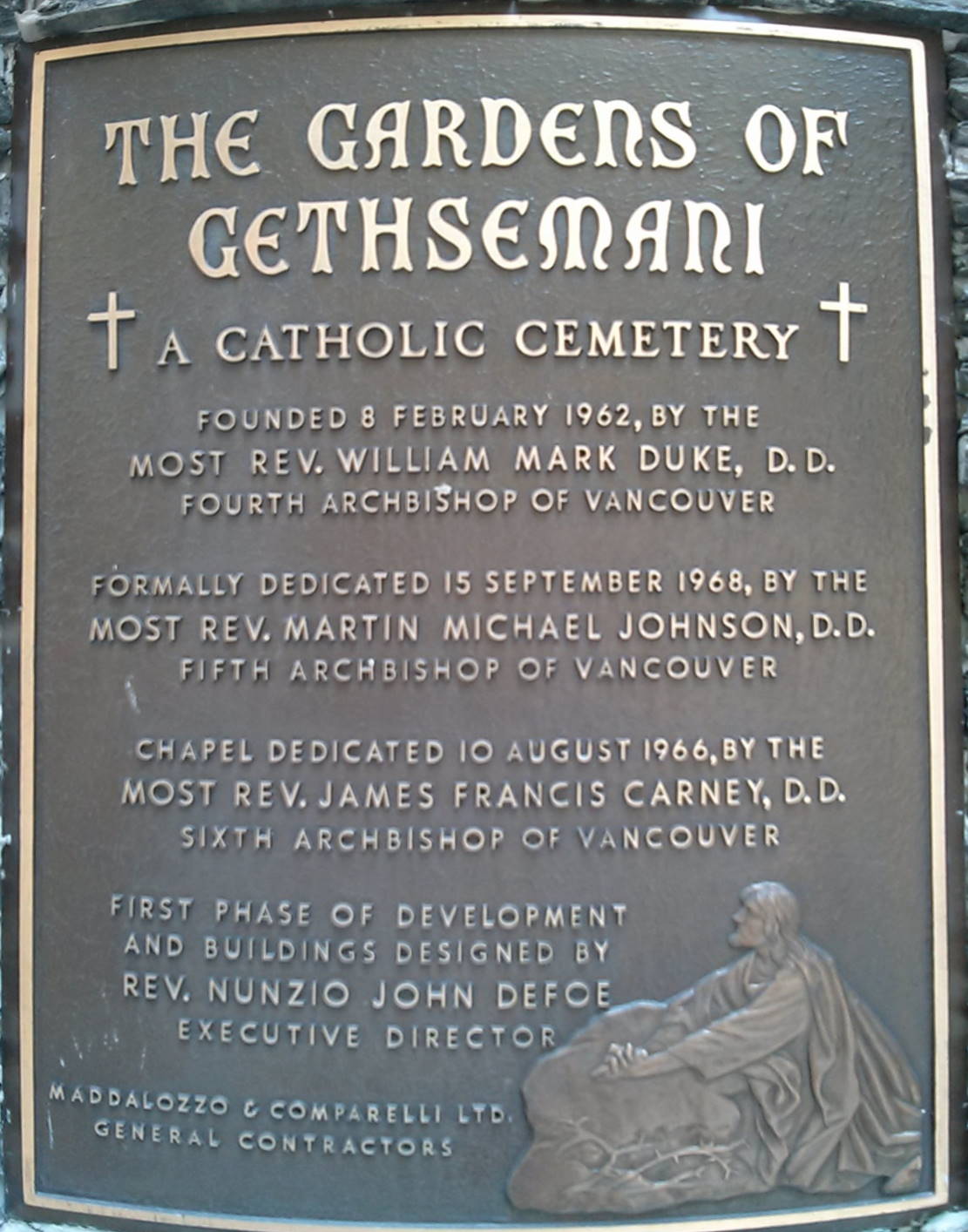